The Were Jaguars are only found in the Mesoamerican Hub. They are quick and strong and will rush into attack often when you didn't know one was there. However, they don't have a ranged attack so can be picked of from afar. Another great way to kill them is by using the Disc of Repulsion to push them into the lava pits. Also, they become invulnerable state when they roar. 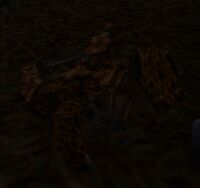 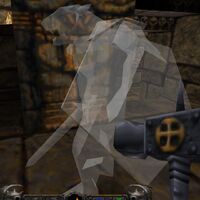 Were Jaguar being frozen by Crusader's Ice Mace.
Add a photo to this gallery

Retrieved from "https://heretic.fandom.com/wiki/Were_Jaguar?oldid=10343"
Community content is available under CC-BY-SA unless otherwise noted.