The city's dock area features a small pier and several yards and storage rooms, as well as the office of Dranor - the Harbormaster. There is also a small tavern, which requires a key to open. 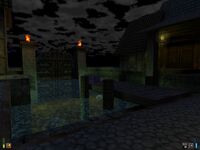 Corvus emerges here from the Outer Worlds via a world ripple. 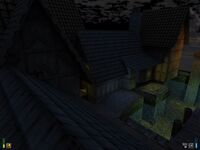 The house of Dranor, the Harbormaster. 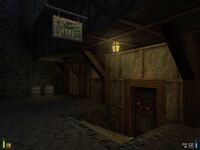 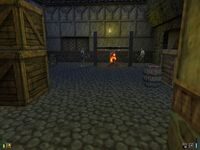 Plagued Sidhe civilians roasting one of their own. 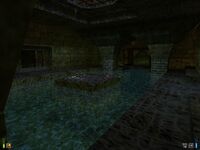 A sewer system underneath the docks.
Add a photo to this gallery

Retrieved from "https://heretic.fandom.com/wiki/Silverspring_Docks?oldid=9049"
Community content is available under CC-BY-SA unless otherwise noted.