A more robust version of the Mummy, with a flame strike attack from it's staff which is very nasty. The player can spot it easily because it has a red staff and red leggings.

Its flame attack is the only attack that cannot be deflect by Disc of Repulsion. 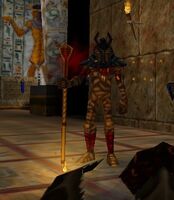 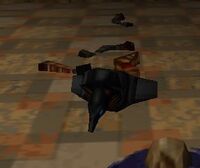 Retrieved from "https://heretic.fandom.com/wiki/Mummy_Lord?oldid=10048"
Community content is available under CC-BY-SA unless otherwise noted.